In July 2019, the City of West Monroe received a $99,000 USDA Rural Business Development Grant to create a redevelopment streetscape master plan for the downtown Cotton Port Historic District. The purpose of the plan was to identify potential projects that positively impact economic development, population growth, and quality of life. The plan also identified possible funding sources.

This publicly driven plan was developed through input taken from public meetings, online surveys, and one-on-one meetings with small business owners and community leaders. A downtown master plan steering committee was also formed for the purpose of gathering feedback. The group represented possible stakeholders in the planning process. An online version of the plan is available at www.downtownwestmonroemasterplan.com

Alley Park is a new open-air public gathering space located on the corner of Trenton and Natchitoches Street. A variety of community events and activities are hosted in the Park including family-friendly events and concerts.

Brochures are available at several downtown shops or the Monroe-West Monroe Convention and Visitors Bureau.

The tour is also accessible digitally at the following link: 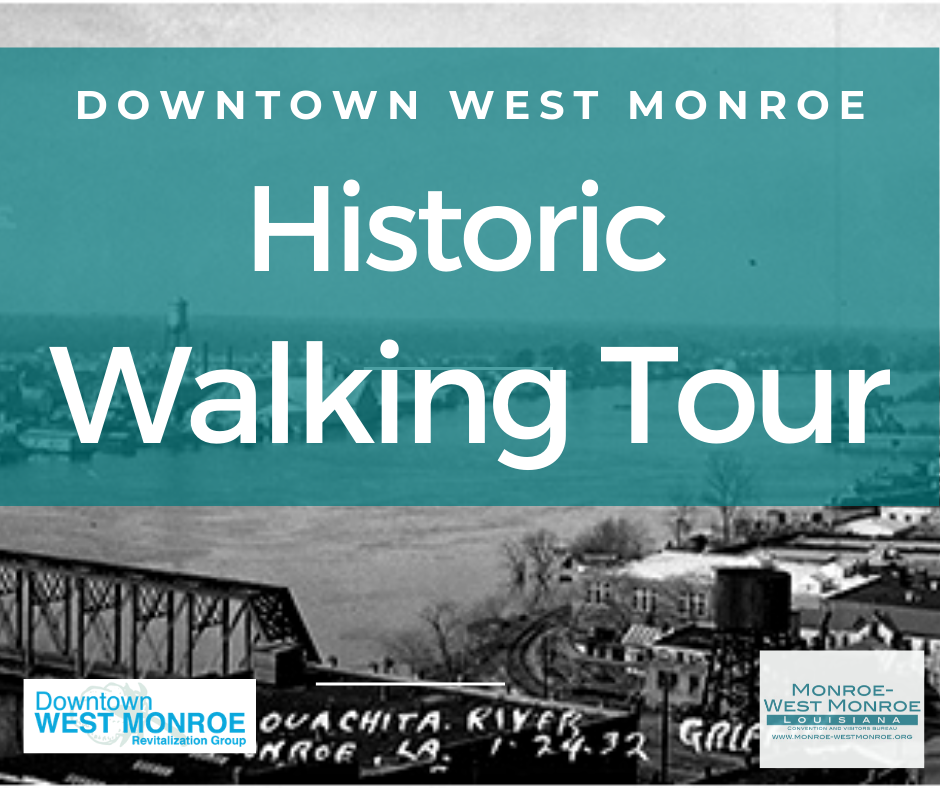 Several organizations and partners in Monroe and West Monroe came together to restore four historic Coca Cola murals found on both sides of the river.

The murals are believed to have been originally painted sometime in the 1940s and served as outdoor advertisements for Coca Cola.  Over time, the murals have faded and in some parts, were not visible at all.  Two murals were located in the City of West Monroe’s Cotton Port Historic District on commercial buildings on Trenton Street.  The other two murals are located on buildings in Monroe. The mural restoration was executed by Arrow Public Art ( www.arrowpublicart.com).

Various agencies came together to financially support the restoration of these unique pieces of American history.  Many thanks to: 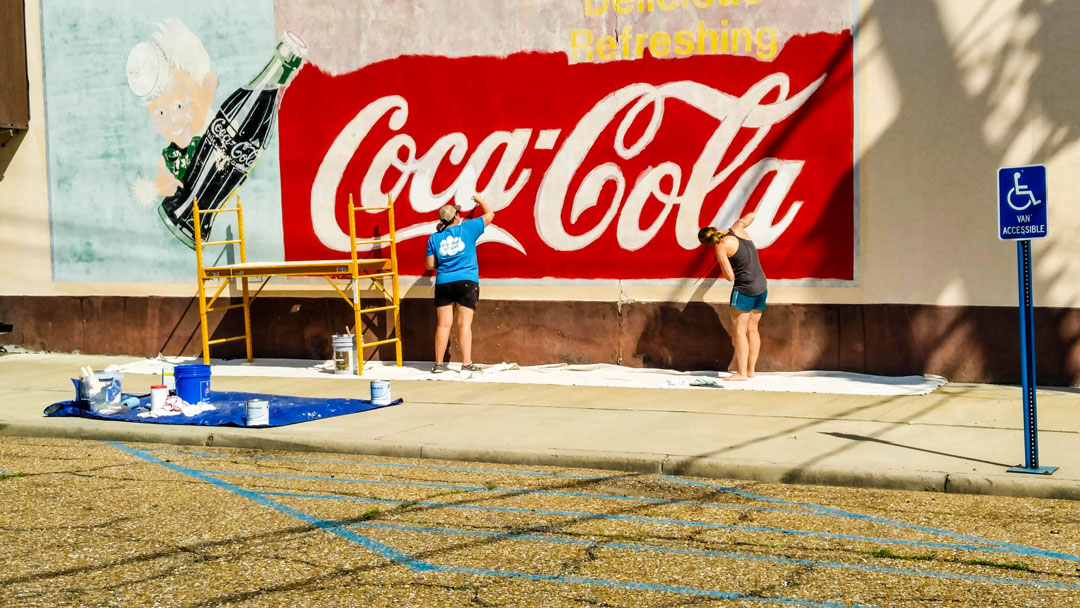 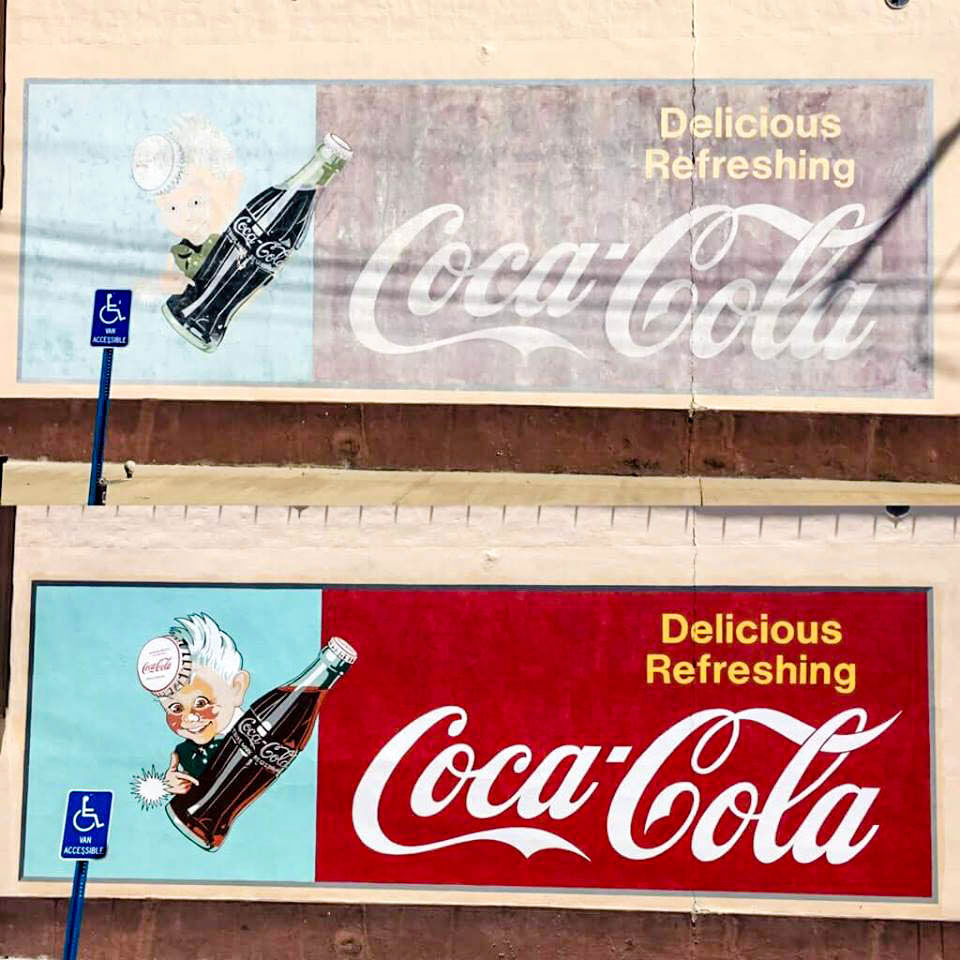 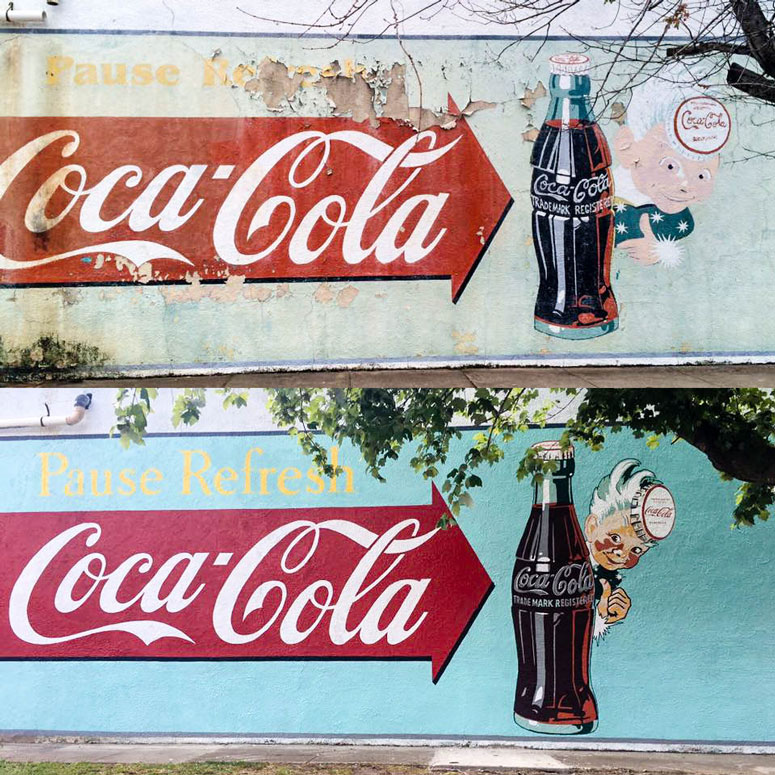 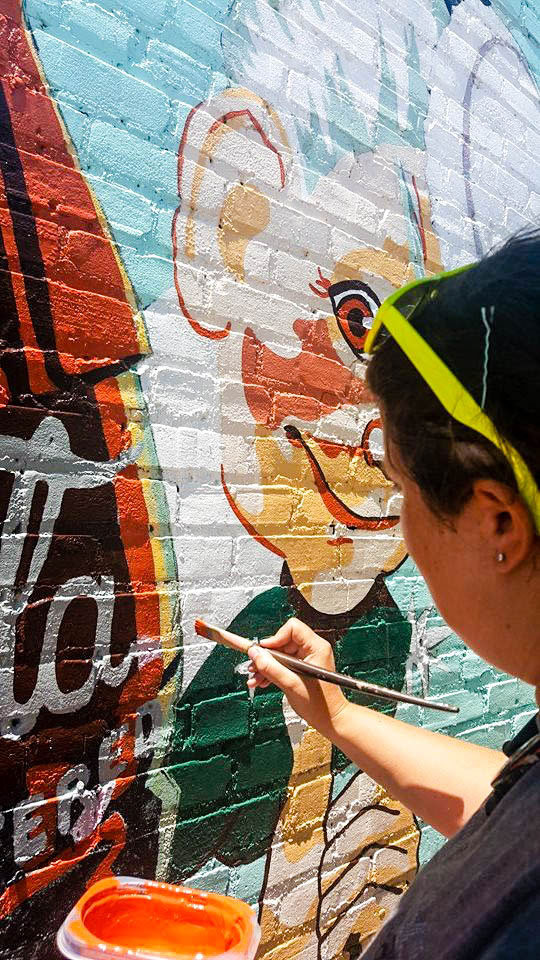 The designs of local artist Emery Thibodeaux were selected for the crosswalk medallions.  Each of the four designs represents the history of downtown West Monroe and the importance of cotton in the development of the downtown area.

Many thanks goes to the City of West Monroe for partnering with DWMRG to make this project possible.  Other partners included Sawyer Plastics of West Monroe for cutting the stencils, Sherwin Williams for assisting with paint and the Downtown Arts Alliance for providing a grant that was used to award a stipend to our winning artist, Emery Thibodeaux. 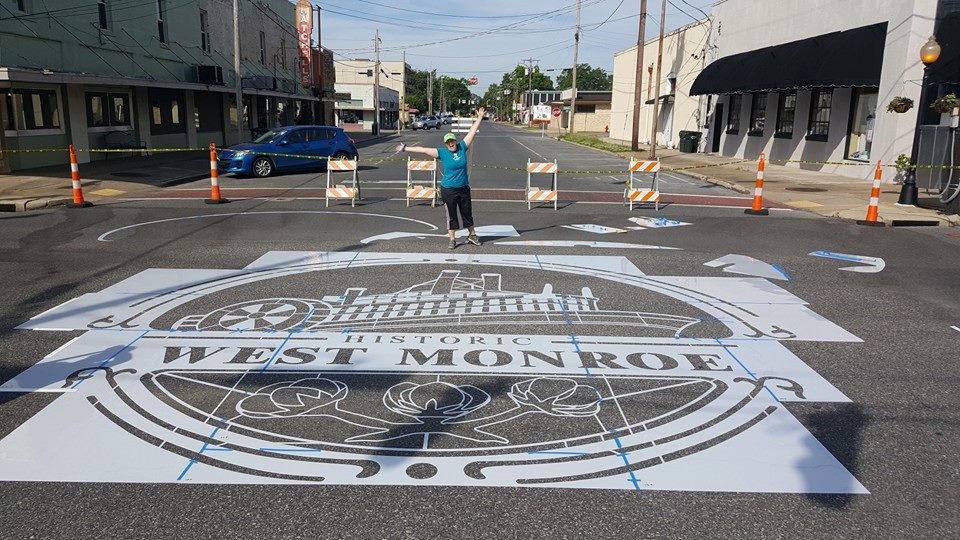 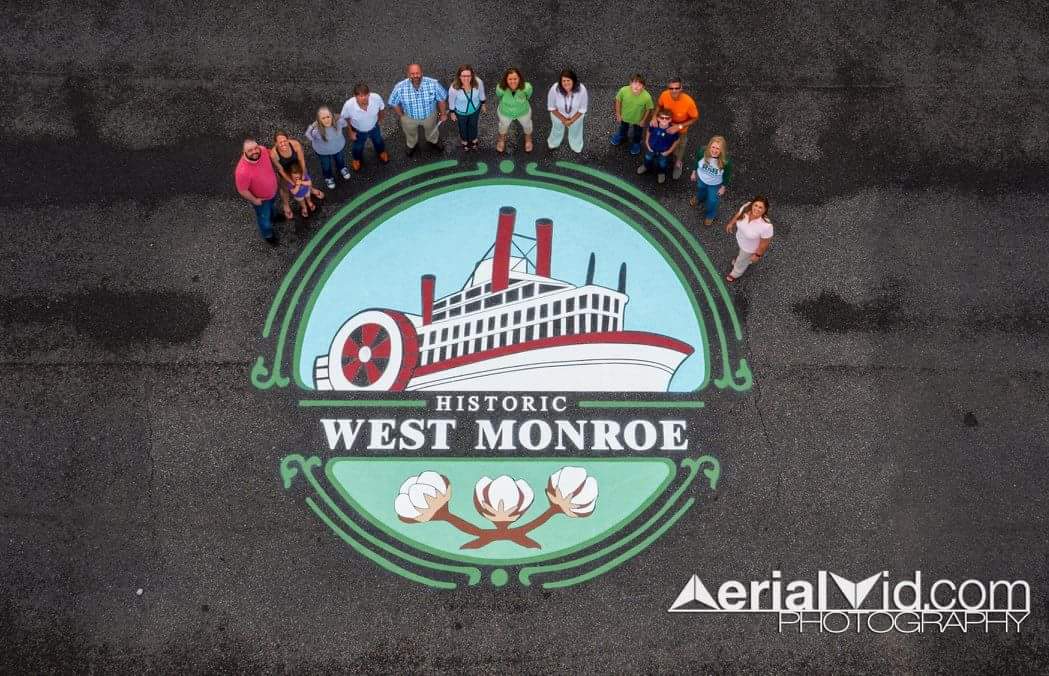 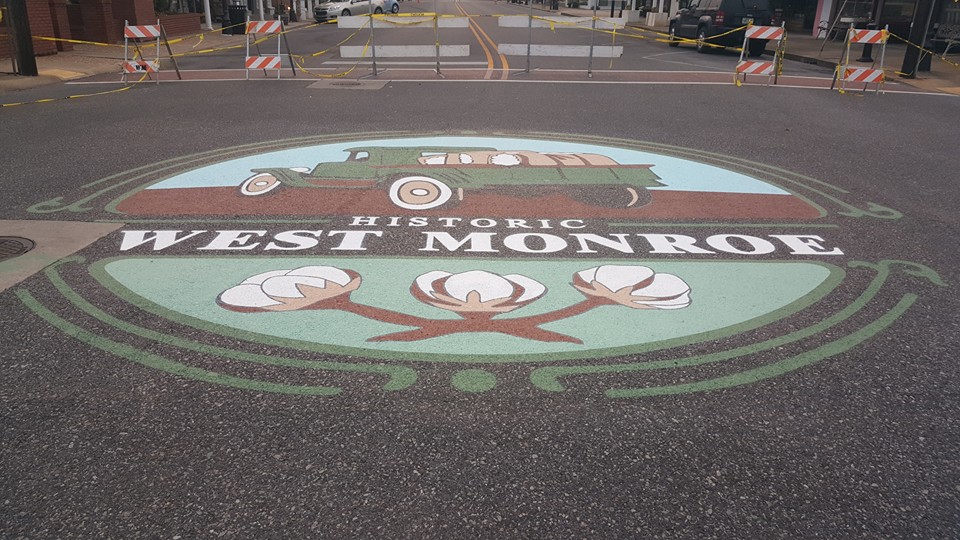 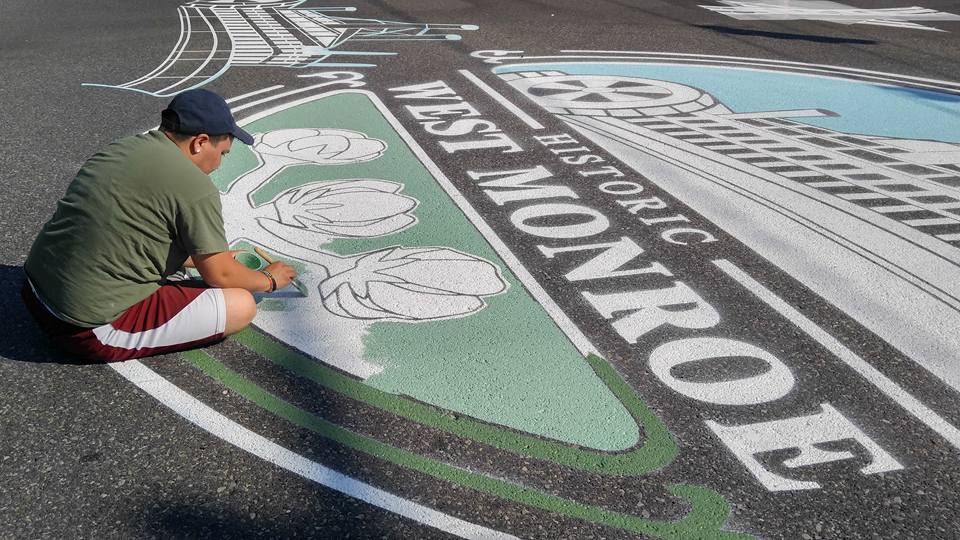 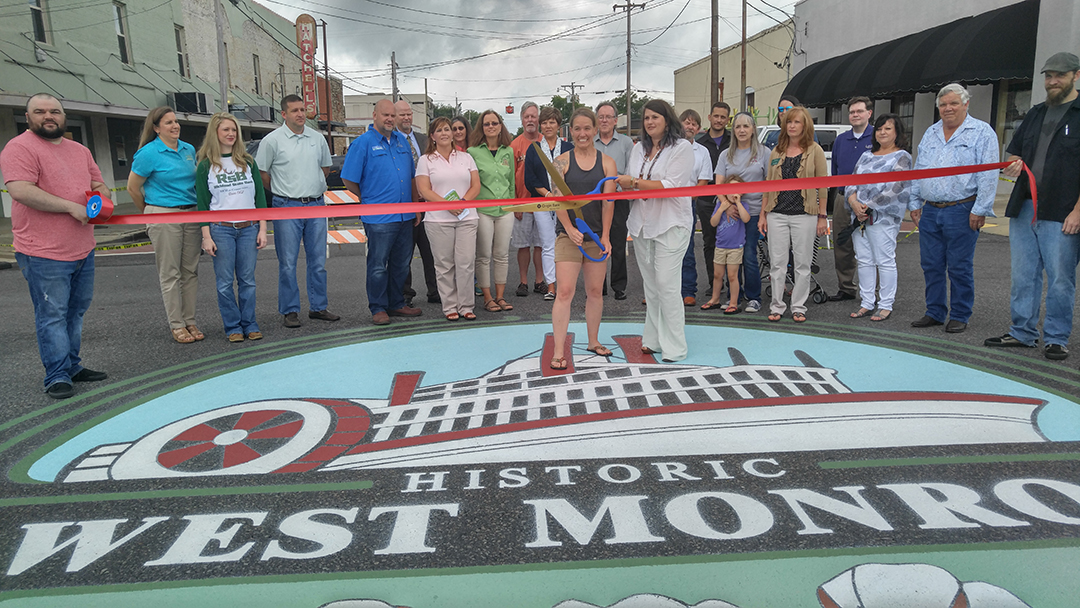